Congratulations to our new team, unanimously elected by our group before the European Committee of the Regions June plenary! Our President remains François Decoster, Mayor of Saint-Omer, France and Vice-President of the Hauts-de-France region. As First Vice-President we now have Jasna Gabric, Mayor of Trbovjle, Slovenia, followed by Second Vice-President Michiel Rijsberman, Regional Minister of Flevoland, Netherlands, followed by the third Vice-President, Kate Feeney, Councillor of Dun Laoghaire-Rathdown, Ireland.

You can find all our positions – the Renew Europe CoR Bureau, coordinators, Deputy coordinators as well as the ARLEM and CORLEAP coordinators – here below: 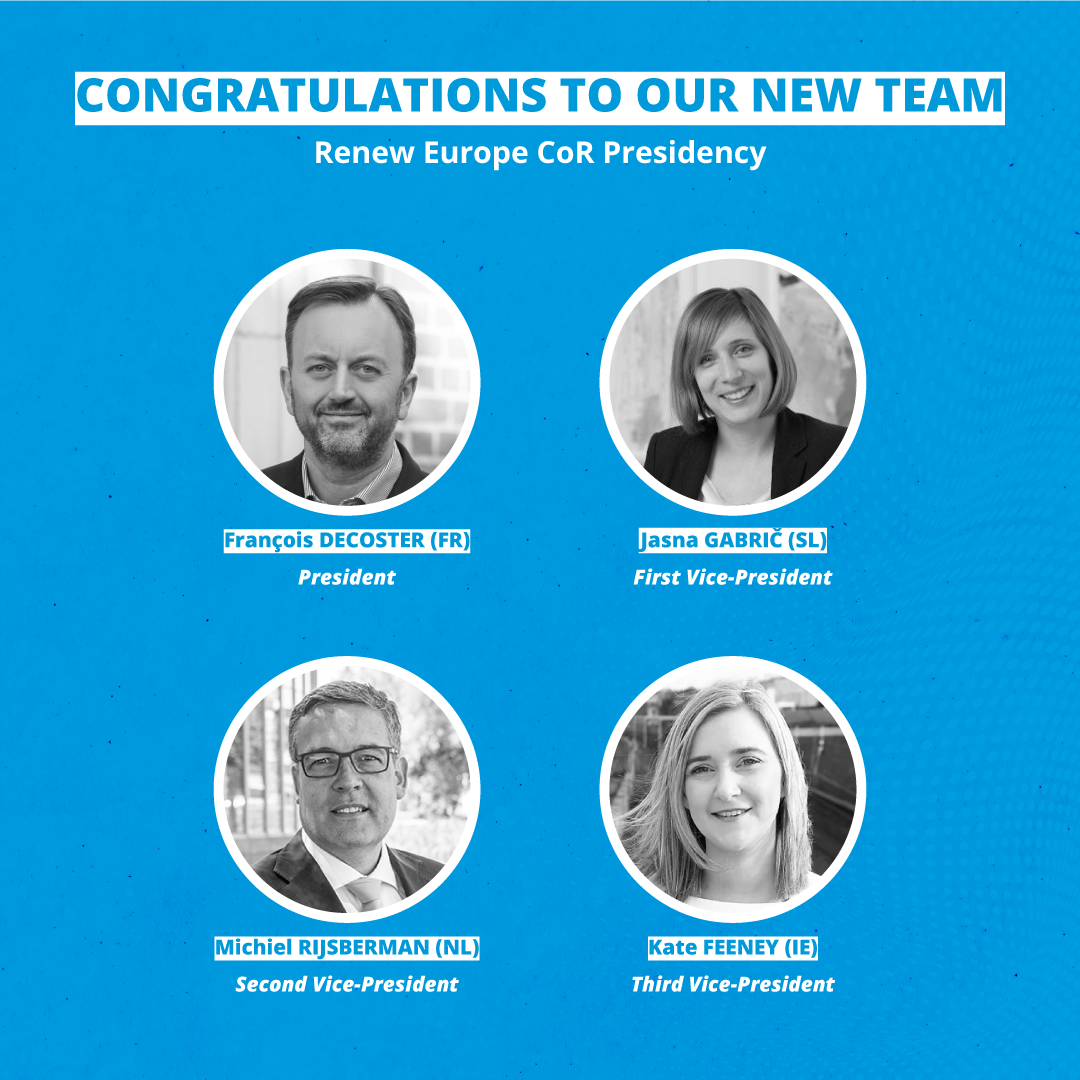 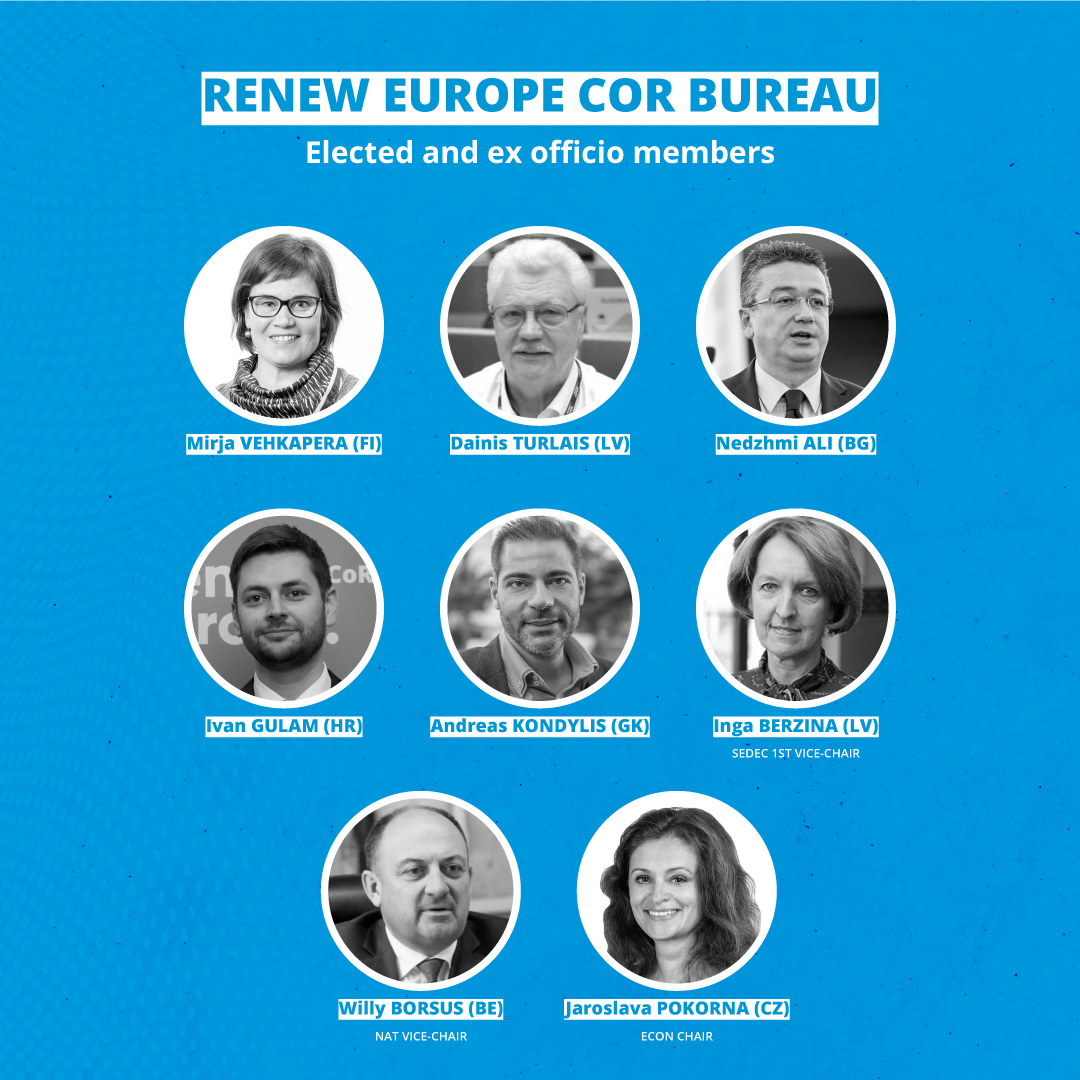 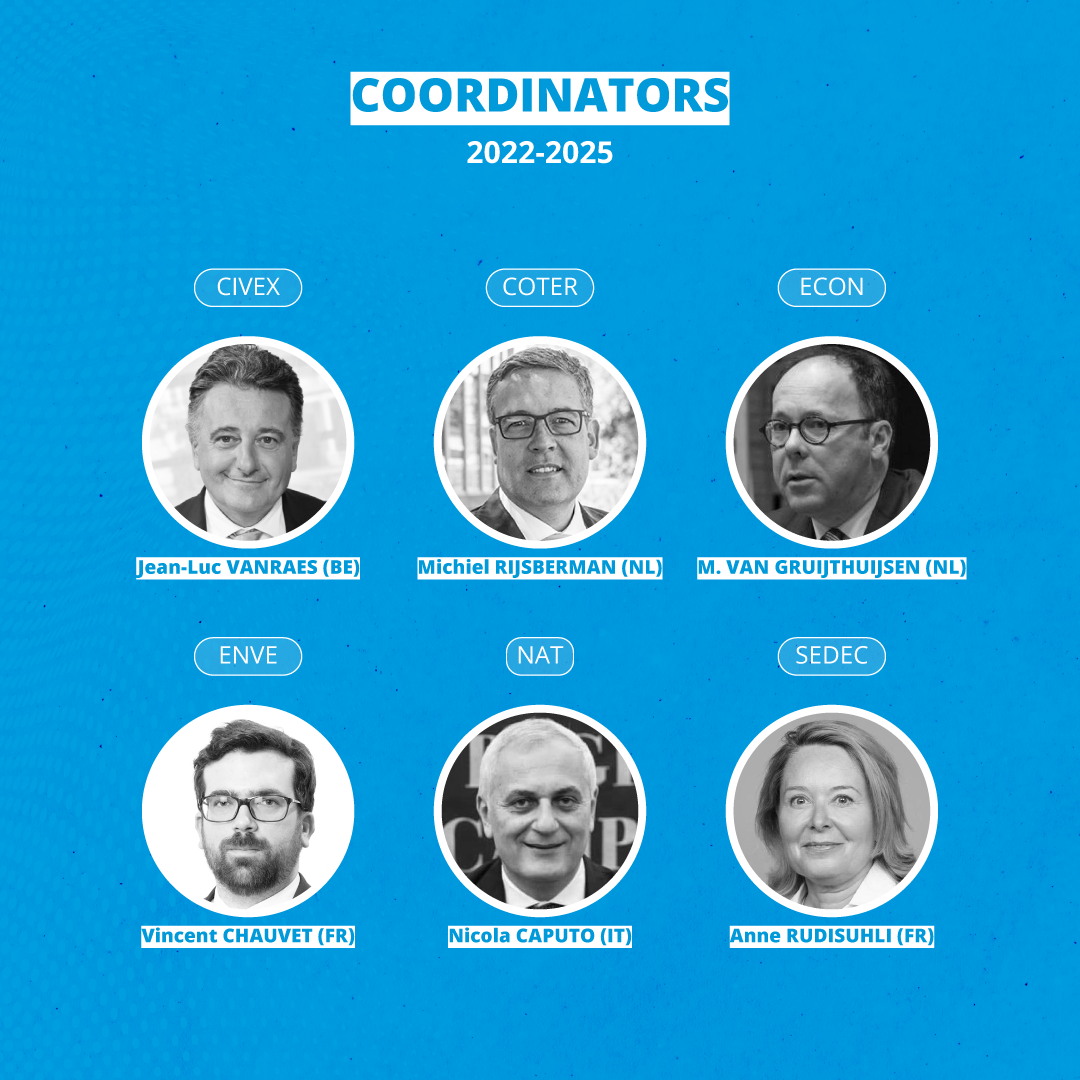 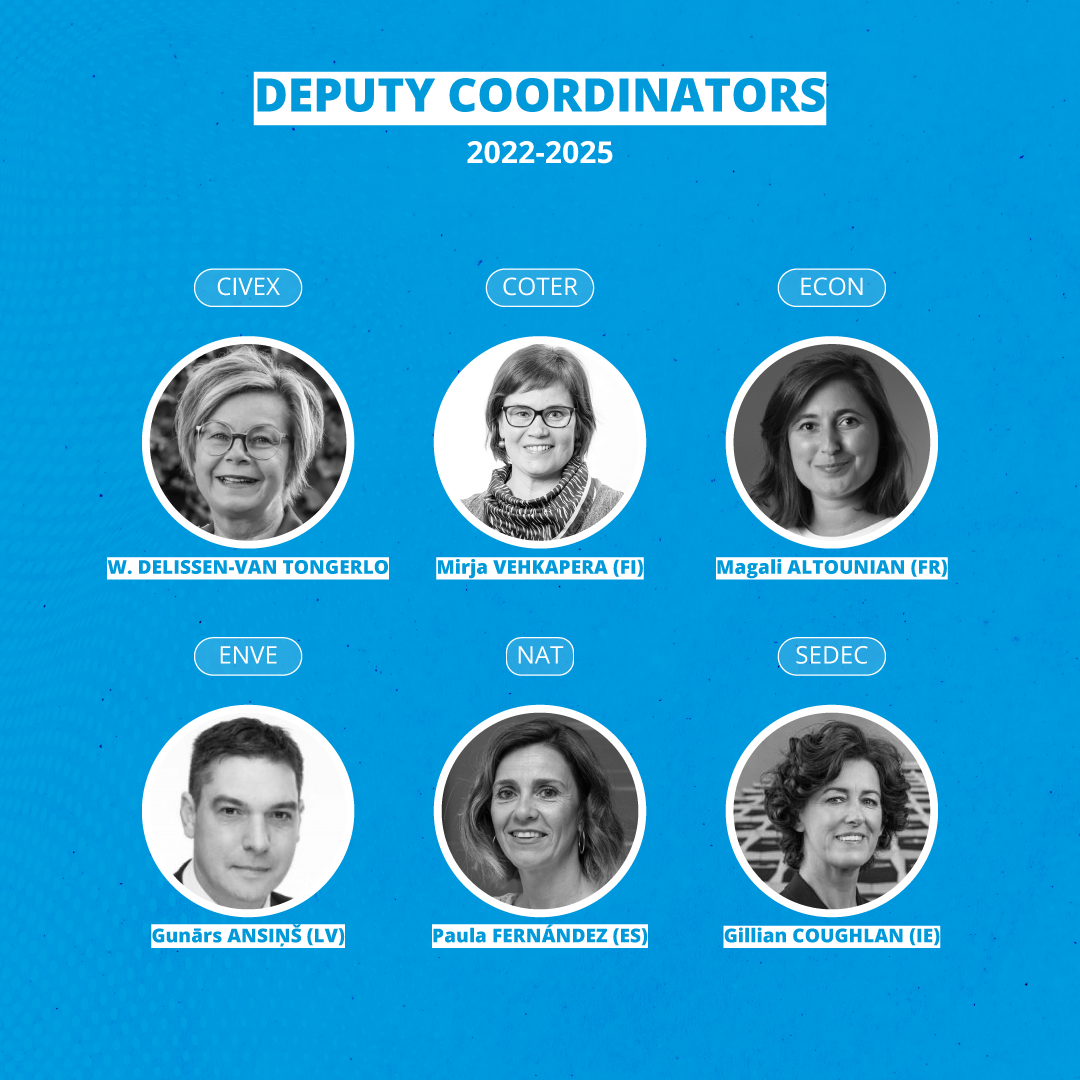 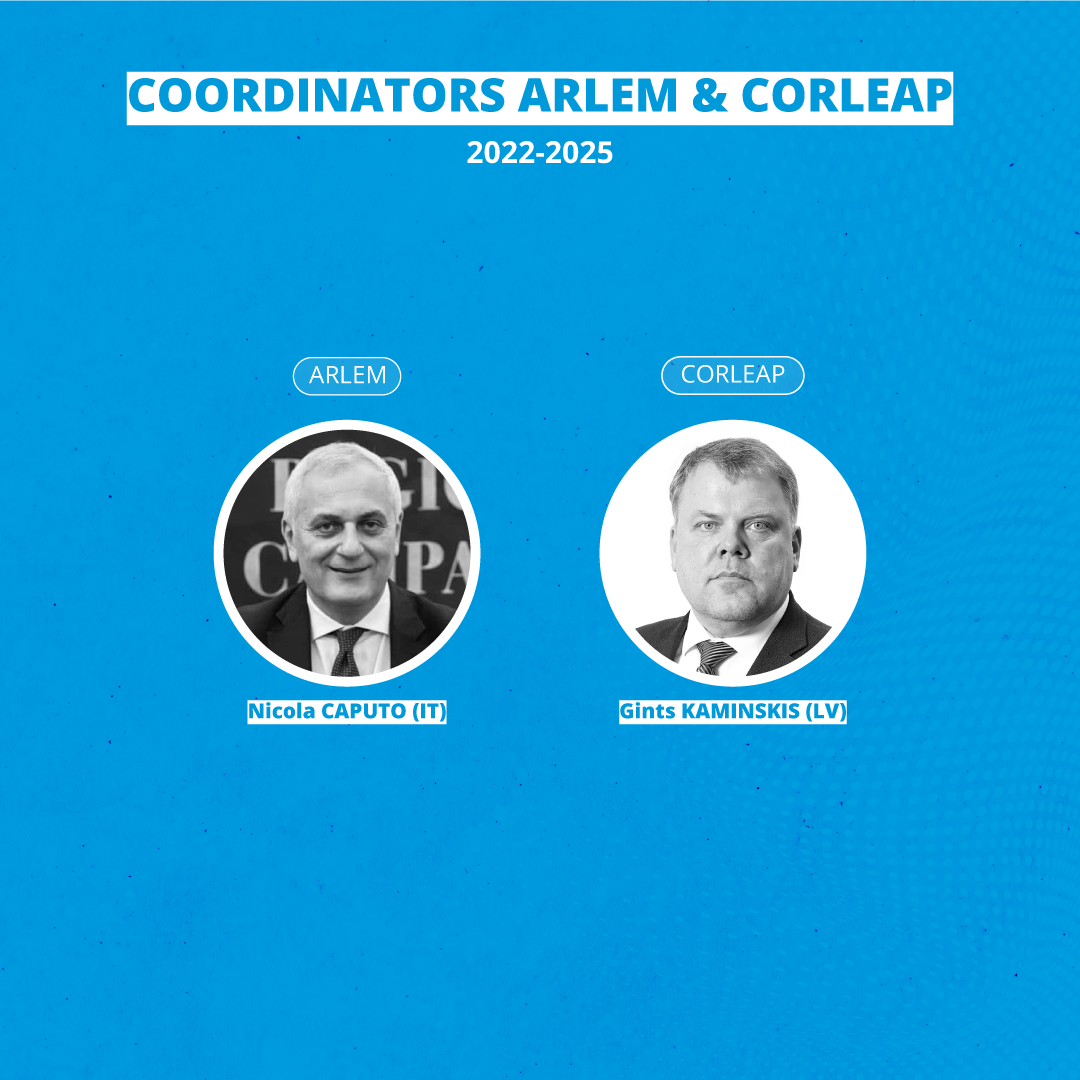 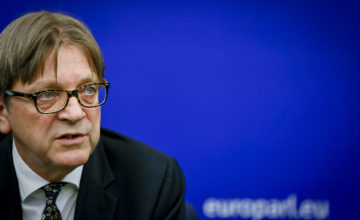 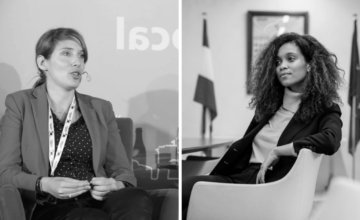