On International Women’s Day, our two liberal representatives participated in the “For more women in politics” online event of the European Committee of the Regions. Jana Degrott, one of our previous Young Elected Representatives (YEP), city councilor from Steinsel in Luxembourg, kicked off in the session on online hate speech (“Are the web and Social Media a safe place for women politicians”). She talked about her experiences, being a young women of colour running for office: “I know how it feels when people threaten you, when they tell you that you deserve to be beaten up when you dare to say no, when people tell you to go back from where you came from instead of running for office. I first normalized it, but I learned the hard way, as it affected my mental health, that something needed to be done.”


No matter who we are or our mandate, we need to encourage other women to run for office. Online hate speech is meant to silence us. The political sphere looks full of men, so let’s normalize having women in top positions – we deserve a seat at the table & it will reduce violence towards us

Elected female politicians can also serve as role models to inspire other women to be active in politics. Role models affect psychological engagement and the motivation of women to run for elections. To illustrate this, our Vice-President Jasna Gabrič, Mayor of Trbovlje spoke on how to motivate other female politicians to engage in local politics.

Don’t give up! When I started, people said I was too young, that it wasn’t the time for a woman. I had no party behind me and had to self-finance my campaign. As the only woman I ran against 5 men who had parties behind them. And yet I won & became the first female Mayor of my city.

Being a woman in politics means double the work: you must prove yourself and strive for the same result as male colleagues achieve. With perseverance and hard work we can achieve even greater success than others. In doing so we break down stereotypes and make society more tolerant.

For any female politician interested in running for office, we recommend having a look at the ALDE party’s “The Alliance of Her”, whose mission is to to create change by empowering women in Europe to pursue their political ambitions; championing their efforts every step of the way; mobilising to dismantle the gendered barriers that stand in their path; and fighting every day for a future shaped by their voices.

How can we give more #Power2Her? Female politicians often serve as role models who inspire women to become active in politics. Tune in now to our event on #InternationalWomensDay with our Vice President Jasna Gabrič: https://t.co/A6OtIMsIHG! pic.twitter.com/zW8RMqVAC5

Speaking on #InternationalWomensDay our former YEP @DegrottJana discusses online #HateSpeech: “It’s meant to silence us. The political sphere looks full of men, so let’s normalize having women in top positions – we deserve a seat at the table & it will reduce violence towards us” pic.twitter.com/omLEtzpqMQ 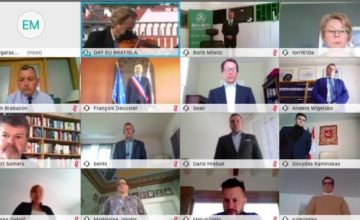 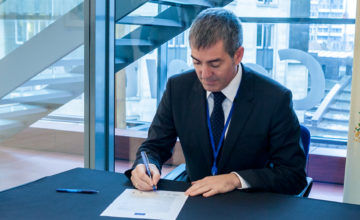 Out of sight, not out of heart: the EU's Outermost Regions 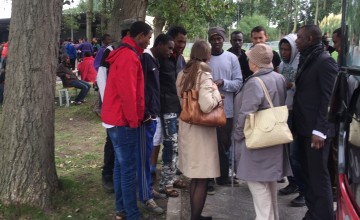