Gabrič, Mayor of Trbovlje, Slovenia and co-chair of the JCC North Macedonia: “I believe that the peer-to-peer cooperation between the municipalities from North Macedonia and their counterparts in the EU is among the best ways to achieve practical results that the citizens will appreciate.”

Municipalities in North Macedonia are showing significant interest in establishing direct partnerships with cities and regions in the European Union, a development that is fully supported by Jasna Gabrič, co-chair of the Joint Consultative Committee on North Macedonia:

“While relations at the national level between Bulgaria an North Macedonia might be strained, I was pleased to learn that cooperation between local authorities in North Macedonia and Bulgaria is running smoothly and effectively”.

Gabrič argued for more of peer to peer cooperation:


“This city-to-city diplomacy proves to be useful, bringing together people in different countries. We need more peer to peer cooperation between municipalities in the EU and in North Macedonia. Accession of North Macedonia will bring benefits to local communities throughout the EU and I’m convinced that we will all benefit from the family expanding.”

The meeting was held against the background of a continuing process of decentralisation in North Macedonia, an increase in EU investment in the Western Balkans, and a renewed effort by the presidency of EU Council of Ministers – currently held by Portugal – to secure the backing of all EU member states for the start of formal accession talks with North Macedonia. 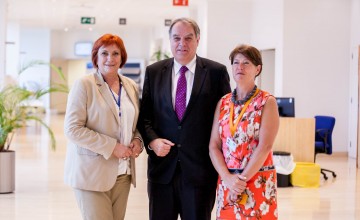 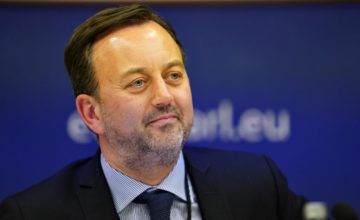 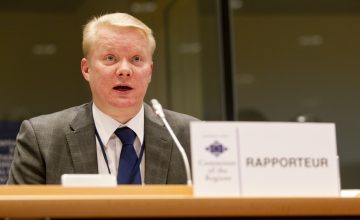