In a discussion with local and regional politicians from all over the EU, Kate Feeney warned of the backsliding taking place in some EU Member States, and that a closer look at the data reveals that there are large disparities from one country to another and between municipalities and regions.


Local authorities can choose to embrace equality and diversity and prosper as a result, or choose to create a climate of fear and intimidation that deprives large groups of people of their rights. Evidence shows that economies that are more inclusive are better placed to recover from hardship, such as from the COVID pandemic. But this is also a question of people’s wellbeing and the level of mental health problems within the LGBTIQ community is very high, in particular among bisexual, transgender, and intersex people. This must be addressed when implementing this new EU strategy, and local and regional authorities have an essential and tangible role to play

The Director for Equality of the European Commission, Irena Moozova, complemented Cllr Feeney’s presentation by illustrating the plight of LGBTIQ citizens, 43% of whom declared in 2019 that they had felt discriminated against, compared to 37% in 2012.

Ms Moozova explained that the European Commission’s strategy has four pillars: i) tackling discrimination, ii) ensuring the safety of LGBTIQ citizens, iii) building inclusive societies, and iv) defending equality around the world; and she stressed that national governments must include subnational authorities in the design and implementation of national action plans to ensure there is joint ownership and effective coordination.

Kate Feeney, who is our Coordinator in the CoR’s Social Affairs, Employment, Education, and Culture Commission (SEDEC), will present her report again for approval by SEDEC in May, and the final report is scheduled for the CoR plenary of October. 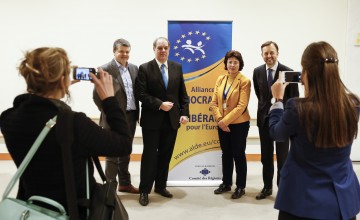 Episode 7 of Letter from Brussels podcast is out: "The rocket and the rock" 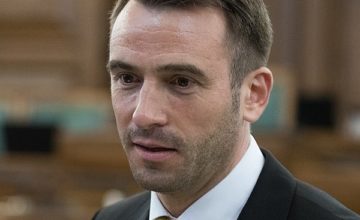