This year, give some time to Europe and start planning now for Europe Day on 9 May 2018.

The European Union has been under attack from populists inside and outside the EU trying to undermine its achievements and values. Pro-European citizens, civil society, media and politicians are calling for revitalisation of the European dream and renewed impulse to the EU integration as the best form of protection for Europeans in the 21st century.

The time has come for a counter-offensive by all pro-European political forces to regain the hearts and minds of citizens. We call on liberals to join us in mobilising local politicians and civil society for a large pro-European movement on 9 May 2018.

At the last ALDE Party Congress in Amsterdam, delegates adopted a resolution where the ALDE Party supports the move initiated by the ALDE Group in the Committee of the Regions which calls on

• all Liberal Mayors and local Group Leaders in the EU to commit to organising a celebration of Europe Day in their municipalities;
• all Liberal local party branches to call on their Mayor to organise such celebrations, in those localities without Liberal Mayors;
• all member parties of the ALDE Party to mobilise their local politicians and party branches in time for a widespread pro-European movement on 9 May 2018.

Check out the dedicated website www.celebrateeuropeday.eu and start feeling inspired! The suggestions are available in all official EU languages. 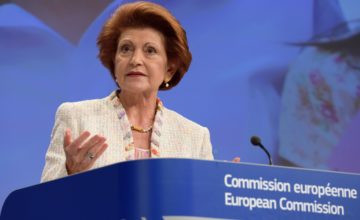 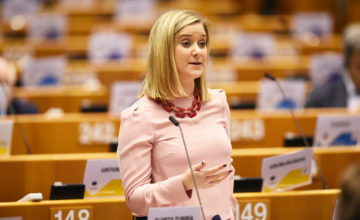