As part of the new contact group between the European Committee of the Regions and UK subnational government, Renew Europe Vice-President Michiel Rijsberman (D66, Netherlands) discussed fisheries and the trade deal between the UK and the EU for the local and regional authorities. The British participants highlighted their determination and the need to continue being part of cross-border programmes such as INTERREG or EGTC.

After 47 years of EU membership, the EU and the UK finally officialised their separation through a “Trade and Cooperation Agreement (TCA)”. The CoR-UK contact group, as the institutional partner that represents Local and Regional Authorities in the continued dialogue process between the EU and the UK, stays in touch with our UK counterparts (where many local communities were against Brexit) and keeps the door open for a possible future reunification. The contact group, with our members Michiel Rijsberman (Regional minister for the province of Flevoland, Netherlands) and Erik Flyvholm (Mayor of Lemvig municipality, Venstre, Denmark), voiced short-term relief mixed with long-term caution at their first meeting since the agreement was settled on 24 December.

Rijsberman said he believed it is rather a good deal for the EU because:


Since the Brexit, there has been 6 billion euro worth of business that left the UK for the EU. Something went wrong for the UK during the negotiations. My main concern is still fisheries even though it seems symbolic: fisherman are not happy with the deal but overall I believe that is a good deal for the EU.

During the meeting Rijsberman therefore focused mainly on fisheries, stressing that he is not happy with the concessions because Dutch fisherman are the losers in it, as EU concessions on fisheries “would restrict Dutch fishermen’s access to British waters and would exacerbate what he described as a pre-existing inequity in quotas in favour of British fishermen.”

The agreement also ended most region-to-region programmes and envisages no role for regions in overseeing and developing the deal. The UK participants, which included representatives from the Welsh Parliament, and the local government associations of England, Scotland, and Northern Ireland, expressed their disappointment with the agreement and in particular indicated their strong wish to continue working on specific projects jointly with regions and cities in particular in the EU member states around the North and Irish Sea. The contact group must therefore work to ensure new, deep and effective ties will develop, exploring the establishment of a North Sea Macro-Regional strategy, and seeking third country participation in the project based INTERREG programme or the European Group of Territorial Cooperation (EGTC). As Rijsberman put it already:

“We have deep ties with the UK, and I offer from the Netherlands our continued cooperation on the cultural, economic and social level. We feel the British people are part of our EU family, and we should keep our family close”. 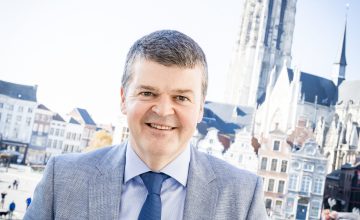 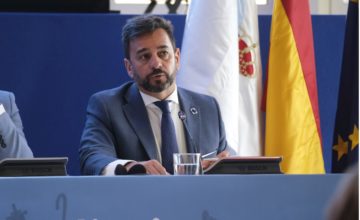 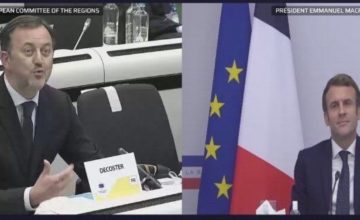