Focusing on the situation in Bosnia and Herzegovina during the working group on Relations with the Western Balkans, Irma Baralija, City councillor of Mostar for ALDE member party Naša stranka, and Ivan Gulam, Mayor of Pirovac, Croatia and CoR member for the Renew Europe Group, discussed the situation in Mostar since the 2020 election.

It’s positive that local elections were held in Mostar on 20 December 2020, after more than twelve years without any, but we shouldn’t be happy that the turnout was only 55%. It was an important contribution to strengthening democratic processes, respecting the principles of the European Charter of Local Self-Government and the EU Charter of Fundamental Rights, and encouraging for further strengthening Bosnia-Herzegovina’s European path, all positive changes, but it’s worth noting that there is still a lot of room for improvement

The city of Mostar is still visibly divided for instance on the Croat and Bosniak sides, east and west, which, according to Gulam, still makes it difficult to solve the basic existential problems of citizens.

Discrimination against other ethnic groups is obvious, so apart from Bosniaks, Croats and Serbs, others cannot form their own caucus in the Council

Gulam expresses concerns about confirmed cases of electoral fraud in Mostar, and of hate speech, followed by incidents targeting some candidates in local elections, all of which is happening before the next general elections in 2022, further emphasizing the importance of adopting a new election law to avoid future electoral fraud and in doing so strengthen citizen’s faith in democracy.

Irma Baralija from her side thanked the European Committee of the Regions and the Renew Europe group in the CoR for providing assistance and for advocating solutions for Mostar. Two major lessons she learned from the elections:


“A key priority should be the change of the organization of the elections at all levels in order to prevent any future form of manipulation, election robbery and similar phenomena. This were historical elections in Mostar and we had a lot of media attention. We were able to learn how the election fraud, manipulation, fictitious parties… how all of this happened. The example of Mostar elections illustrated what is bad when it comes to organization and logistics of elections, and we need urgently to change this because if we don’t solve this, even if we change the election law, we will still have a problem with democracy. There was a huge level of disappointment and apathy after the elections because we had no answer to the question: why to vote?


Many people could say that the model of Mostar can function at all other levels of government, but if you are taking this as a model, you need to be aware of some aspects: the priority of this type of arrangement are not necessarily democratic values, equal opportunities, justice… it is advocating for political parties, the three main ethnic groups to be happy and satisfied in their own territories, institutions, companies… This example perfectly illustrates the privatization of processes and how, if there is no agreement in the way they want, there won’t be elections and in Bosnia-Herzegovina will happen what happened in Mostar: no elections in 12 years 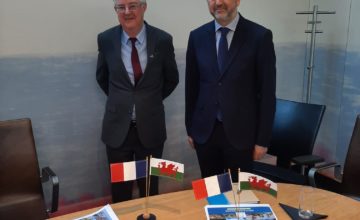 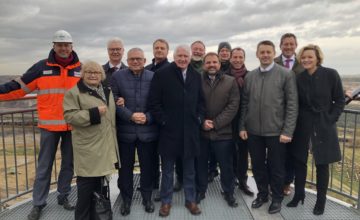