The European Commissioner for Competition Margrethe Vestager, came to see how our Group President in the European Committee of the Regions and Mechelen Mayor Bart Somers has successfully built an inclusive society in a super diverse city.

Both liberal politicians see successful integration in a diverse Europe as a key challenge which must be a priority for the next years and decades to come. Commissioner Vestager and Mr. Somers discussed integration and inclusion with several representatives of the social and city services, civil society, volunteers,… through concrete examples.

Mayor Bart Somers was delighted at the visit of the Commissioner:


We discussed the challenges of diversity and how to make it a success – it is a challenge for Europe but also for cities. In Mechelen, a diverse city, we’ve been rather successful by not reducing people to one identity, but recognising that everyone has several and by working to create opportunities for every citizen whatever their background.

European Commissioner Vestager spoke, among others, with social workers who work with vulnerable families to get them back on track, participants of a buddy project where newcomers are matched with citizens of Mechelen to learn about the city, make new friends, and exchange experiences, as well as the “Colour in Youth Work” project which guides about 100 children with a foreign background to youth movements.


Mayor Somers and his team are making a reality of the European motto of “United in Diversity”. It’s a truly inspiring story for the future of Europe.

The visit took place in the Regional Open Youth House (ROJM), founded in 1978 by youngsters from Mechelen with different migrant backgrounds. ROJM became more than a traditional youth house. It became a centre with a pedagogic function for vulnerable youngsters. They have a fitness, lounge bar, cinema, boxing club, indoor football while also guiding youngsters towards the labour market: www.rojm.be.

– Sahd Jaballah, coordinator of ROJM vzw, with a brief explanation of the operation of the youth house

– GO-team – Mathias Vaes, head of the social service department, city of Mechelen, who detailed the work of social workers with vulnerable families living in alarming conditions.

– Project “integrate together” + testimony – Corinne Huybers, staff member diversity, city of Mechelen + testimony by participants about the buddy project where Mechelaars, someone who speaks Dutch very well and knows the city, are matched with “newcomers”.

#LiberalsUnited EU Commissioner @vestager visits #Mechelen to see how our President @BartSomers has built an inclusive society in a super diverse city. Successful integration in a diverse Europe is a key challenge and must be priority for next years & decades to come. pic.twitter.com/9LCBl2spla

Very honored of having EU-Commissioner @Vestager in #Mechelen, talking about how we can make cities more inclusive. “United in diversity” is an ambition we share with Europe ! pic.twitter.com/6EfW2e6E5N
— Bart Somers (@BartSomers) 3 May 2018 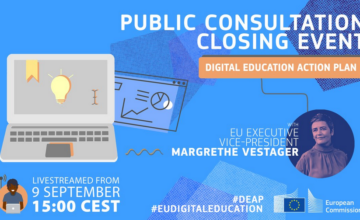