Regions bring Space down to Earth

Space isn’t irrelevant for regions nor is it too far away: space matters, whether through satellite navigation or Earth observation programmes.

Space isn’t irrelevant for regions nor is it too far away: space matters, whether through satellite navigation or Earth observation programmes! “A good European space policy can help create jobs, boost growth, and be of strategic importance, pushing the boundaries of science and technology“.

Investing in space pushes the boundaries of science and research. Space technologies, data and services can support numerous EU policies and key political priorities, including the competitiveness of the European economy, migration, climate change, the Digital Single Market and sustainable management of natural resources.

Andres Jaadla is our space expert and was rapporteur for the Space Strategy opinion. He’s currently working on the report about “Establishing the space programme of the Union and the European Union Agency for the Space Programme”.

Andres Jaadla discussed Space with Julie Payette, the Governor-General of Canada and a former astronaut for the Canadian Space Agency, during her visit in Estonia. “We exchanged ideas on space developments and how local scientific achievements could be implemented at the local level. As a former astronaut the Governor-General was of course well informed about space developments and emphasized the importance of cooperation between the EU and Canada”.

Part of a SEDEC commission study visit to Tallinn and Rae Municipality in Estonia, Andres Jaadla focused on fostering synergies between digitalization, space and the EU research programme after 2020.

The space sector may first seem distant on level of regions and cities and municipalities, but more and more, the development of space is linked to the development of e-services. Rapporteur Andres Jaadla explained that satellite based mobile positioning provides opportunities for smart city solutions development and Copernicus monitoring data provides free daily data on the environment, weather and security that are all necessary for smart governing. 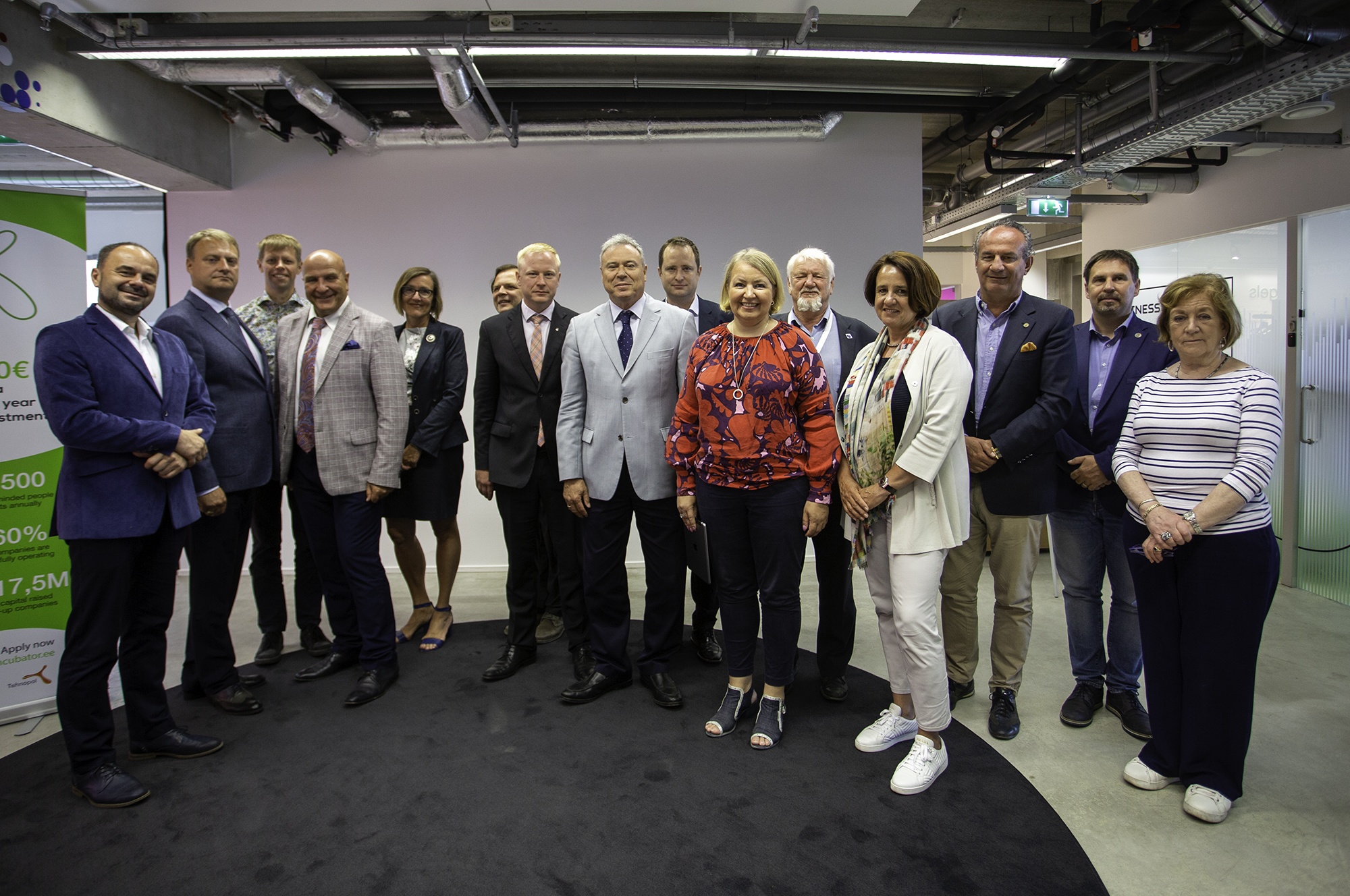 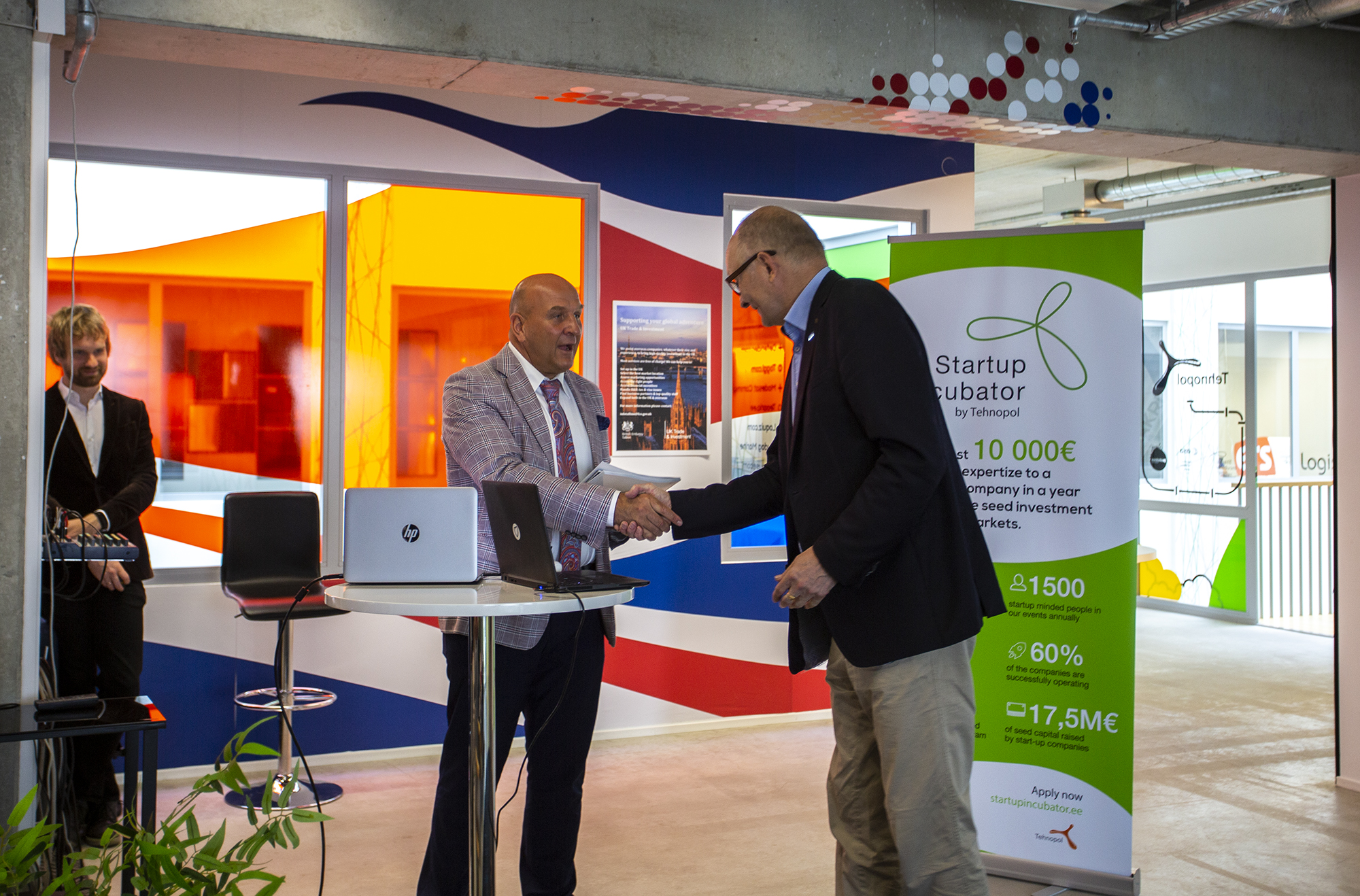 Andres Jaadla discussed the EU’s space programme and the regions role in it at the Copernicus user forum as representative of the European Committee of the Regions, touching on subjects in which space technology can help: renewable energies, natural disasters, urban monitoring, air quality,…

Jaadla participated to the 11th conference on European Space Policy in Brussels, Belgium, organised by Business Bridge Europe, with as title “Space for Europe, European Space in the World”. The Committee of the Regions very much supports the vision of the European Commission on the Strategy for Space and its implementation, and Jaadla asked about how to focus even more on the market development of space technologies and services, along with formal and informal education programmes that will inspire new generations in the space domain. 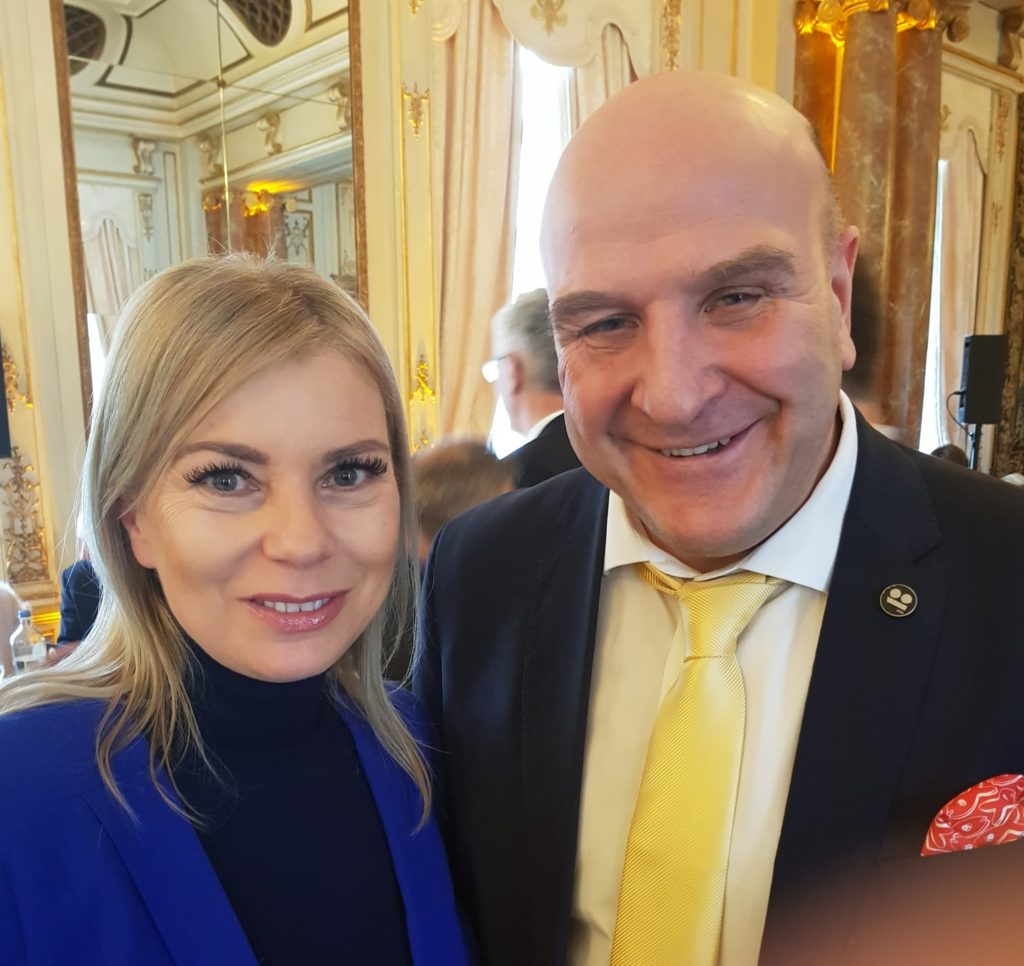 Earlier in January A media summary of Andres Jaadla’s report during the CoR plenary is available on our YouTube Channel.

Release of the publication “The Ever Growing Uses of Copernicus across Europe’s Regions” at the European Parliamant in Brussels. Discovering the mosaic of relations – between regional administrators, CEOs, researchers, mayors, engineers, developers, farmers, etc. – needed for the co-creation of tailored solutions to global challenges, tweaked at a local level. Andres Jaadla featured as speaker for the event.

Jaadla’s opinion was unanimously adopted at the ENVE commission meeting of the European Committee of the Regions. 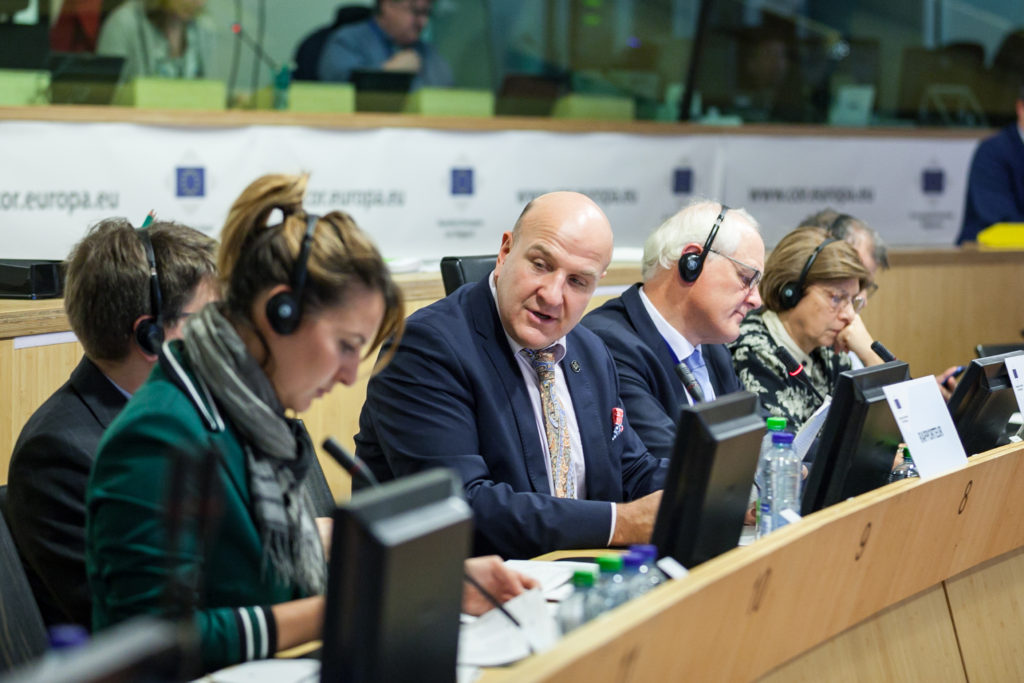 As rapporteur on the EU’s space programme and space policy, Andres Jaadla discussed these topics with the European Commissioner for the Single Market, Industry, Entrepreneurship and SME’s Elzbieta Bienkowska. 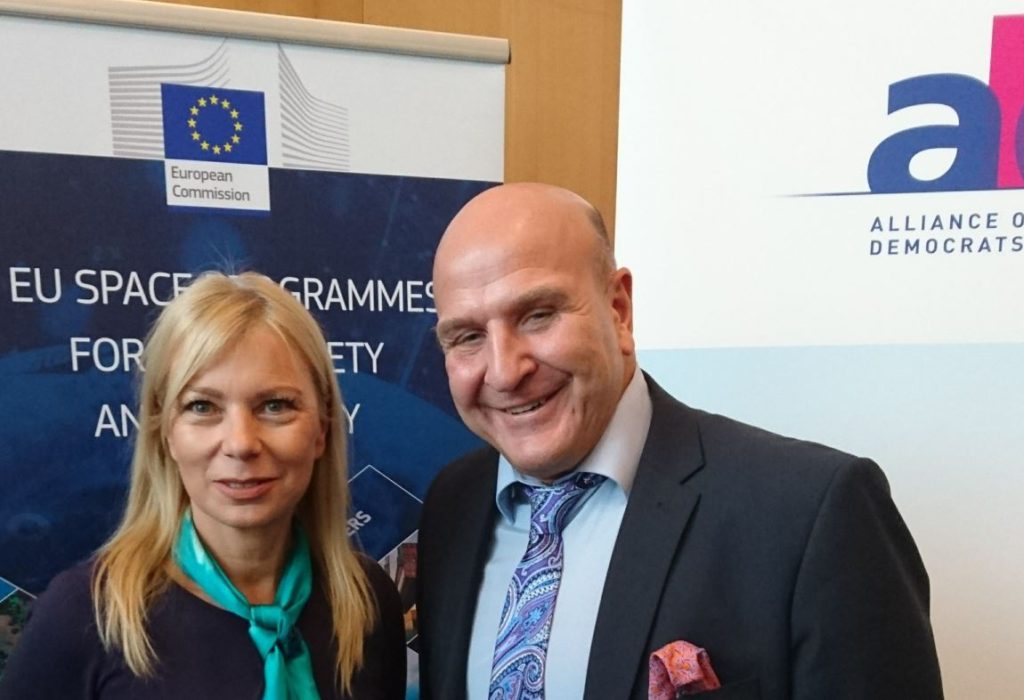 Andres Jaadla represented the European Committee of the Regions in the Copernicus User Forum as rapporteur on the EU’s Space programme.

28 August Discussion with Massimiliano Salini MEP, Space rapporteur in the European Parliament, about the space programme. Andres Jaadla also exchanged views with the shadow rapporteur for the space report in the European Parliament, Caroline Nagtegaal MEP (VVD/ALDE), talking about their visions for space for tomorrow and the necessary budgetary envelope. 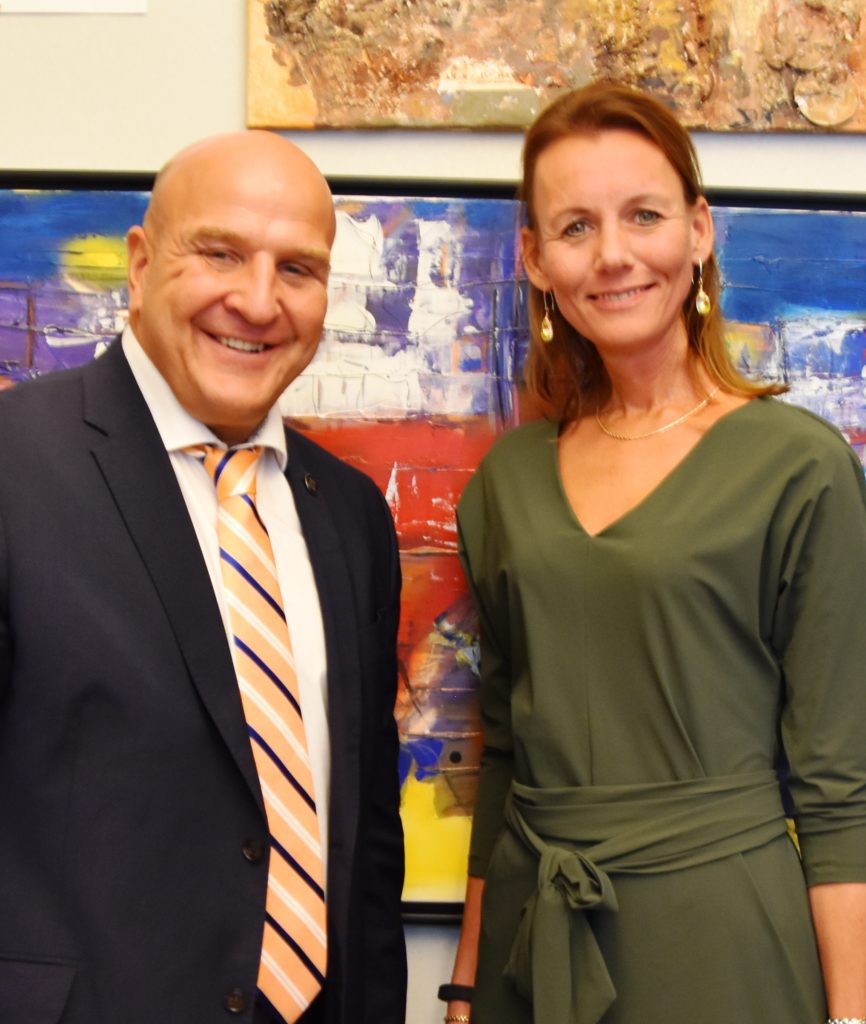 Baveno 20+: From GMES to Copernicus to beyond: Andres Jaadla as representative of the CoR explains his Space report.

Rapporteur Jaadla spoke at the Debate “Energy and Space Synergies” in the European Parliament about his report and space policy.

Tallinna TV covers Andres Jaadla’s work on the Space Strategy in the European Committee of the Regions during its ENVE Commission meeting.

Joint roundtable with ESA. Space innovation, funding and regional development issues. The ENVE commission of the European Committee of the Regions discussed updates in space policy after Jaadla’s participation at the Copernicus User Forum, which was covered in El Periódico and La Vanguardia, among other media.

As space strategy rapporteur Andres Jaadla joins the Copernicus User Forum for the first time as representative and observer of the European Committee of the Regions. The Copernicus User Forum’s role is to identify user requirements, verify service compliance and ensures a smooth coordination of public sector users and Copernicus. Local and regional authorities are among the key beneficiaries of the development of space date uptake in Europe.

Tallinna TV interviews Andres Jaadla about the yearly conference of the European Space Agency he attended, discussing what the Estonian capital of Tallinn could do for the European Space Programme and about his report (starts at 5″53′).

Andres Jaadla joins the Copernicus User Forum whose role it is to identify user requirements, verify service compliance and ensure a smooth coordination of public sector users of Copernicus, as observer for the European Committee of the Regions.

Andres Jaadla participates in “Which future for space research in Europe after 2020?” of the Sky & Space Intergroup of the European Parliament.

At the COP23 conference in Bonn Andres Jaadla spoke about the regional importance of the European Space Strategy and how it can help to fight climate change.

European Interparliamentary Space Conference (EISC) Plenary Session 2017: Space and Entrepreneurship in Tallinn, Estonia with Andres Jaadla joining in on the discussion “Opportunities and Obstacles for Entrepreneurs in Space”.

The Baltic Times covers the priorities of cities and regions as Estonia launches its EU Council Presidency, with the ENVE committee’s adoption of the Space Strategy. Spanish paper La Verdad also covered this as well as Sputnik News.

25 April
Has been featured in Tallinn TV: space strategy must also support the local life

20 April
Represented the CoR as rapporteur in the Copernicus Master kick-off event for space downstream apps.

Download the report on a Space Strategy for Europe

A strong and united Europe is what allows not only its Member States, but also its regions to reach for the stars – For @andresjaadla, rapporteur on the EU’s #space programme, space matters for EU regions: https://t.co/ltdJSXJSHn. #SOTEU #SOTEU2018. pic.twitter.com/A4tPbLjl3M
— ALDE-CoR (@ALDE_CoR) 12 September 2018