EU laws should be as simple and reduce the costs of regulation, so that citizens, businesses and authorities can reap the intended benefits of them in the easiest and most straightforward way. To achieve this, the European Commission launched the Regulatory Fitness and Performance (REFIT) programme in 2012, and set up the REFIT platform composed of relevant stakeholders, which collects suggestions and makes recommendations on how to simplify laws.

François Decoster (FR/ALDE), Chair of the CIVEX commission, is the representative of the European Committee of the Regions on this platform and as Mayor of the French city of Saint-Omer and Vice-President of the Hauts de France Region has the ideal knowledge and experience to lead the CoR’s work in this area, and he will present his report at the December plenary.

It is important that REFIT yields concrete benefits with a more open and transparent decision-making based on evidence and understanding of impacts on small business, citizens and public administration, without taking REFIT as a pretext for lowering the level of ambition in fields such as the environment, food safety or health and consumer rights.
Whether it is on the streets of Saint-Omer, or on the boulevards of large European capitals or simply at home, people and businesses can be confronted with difficult or unclear regulations and laws, hindering their development or limiting their potential. For instance, when an invoice of an insignificant amount is absent among the requested documents, the payment of a European subsidy for applicants might be delayed for several months. And small local authorities that do not have the staff resources or European financial expertise are at a disadvantage and might not even apply for funds they qualify for. said François Decoster

Decoster’s work is an example of the ALDE Group in the Committee of the Region’s tradition of and commitment to simplification, as exemplified this year alone by several events and reports: the joint seminar with ALDE MEPs in Klaipeda (Lithuania) on Simplifying EU Cohesion Policy, bringing together liberal politicians from all levels and calling for the immediate simplification of the implementation of the current programming period in the European structural investment funds. A driving force behind this was Michiel Rijsberman (NL), who now continues his quest to simplify complex rules and laws as rapporteur on the upcoming report on “the simplification of the financial regulation”. Another example is the report by Dainis Turlais (LV) who called for simpler VAT rules approved at the October plenary of the Committee of the Regions.

And with his call for an EU-wide standard definition of “goldplating” – which is defined as an excess of norms, guidelines and procedures accumulated at national, regional and local levels, which interfere with the expected policy goals of a European regulation – François Decoster also adds to the work of a previous ALDE-group president, Lord Graham Tope (UK). Lord Tope already raised this issue in 2012 for the purpose of having legal certainty in the implementation and application of EU law. 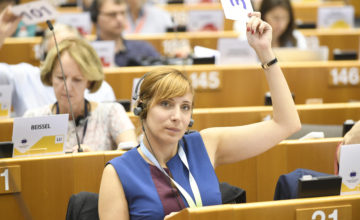 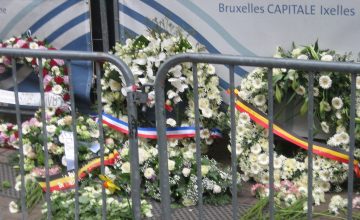