On Europe Day, Saturday 9 May 2020, Liberal Mayors will discuss and approve during a video conference a declaration on what kind of Europe Liberal Mayors believe is necessary 70 years after the Schuman declaration and coming out of this terrible COVID-19 pandemic.
9 May is Europe Day, and this year it marks the 70th Anniversary of the Schuman Declaration, which set European integration in motion. In past years, we would have been actively encouraging local and regional representatives across Europe to organise celebrations for Europe Day, but this year is not a year for celebration as the COVID-19 pandemic is hitting our societies hard, and we must mark it in a different way.
As a result, and under the leadership of our President François Decoster, Mayor of Saint-Omer and Regional Councilor for the Hauts-de-France region, and Mayor of Bratislava Matúš Vallo, will host a video-conference of our Liberal Mayors Summit to discuss what kind of Europe they believe is necessary 70 years after the Schuman Declaration and post-COVID19.  Other confirmed participants (among others) include Tom Brabazon (Dublin), Begoña Villacis (Madrid), Bart Somers (Mechelen), Dario Hrebak (Bjelovar), Daniel Berg (Budapest II) and Jasna Gabric (Trbovlje). The EU anthem will also be played by an orchestra specially arranged by Bratislava for this era of social distancing.
This Liberal Mayors Summit draws on our Liberal Mayors Network, meeting annually at the ALDE Party Congress and which in previous years agreed a Declaration on the protection of local democracy, a document setting out the Principles which make cities and local communities liberal, and the actions that a Liberal Mayor should take. It also launched an annual call for action for Europe Day on 9 May. 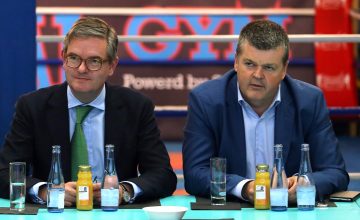 Regions bring Space down to Earth 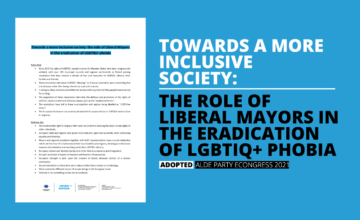