EU funds: It’s not about the money!

The European Commission’s proposal for a multi-annual financial framework now unfortunately proposes a sharp decrease in the cohesion fund budget of 46% and a 12% cut to the budget for European territorial cooperation, despite being recognised as one of the policies with the most tangible EU-added value. Rijsberman is therefore leading the debate for regions and cities in the European Committee of the Regions.

Michiel Rijsberman will address the question of what will happen with the EU budget post-Brexit and which themes and conditions will be attached to the funds. “We keep urging to maintain the budget for our policies, to concentrate on sustainability and innovation and for less bureaucracy”.

“Small, local projects are important for social cohesion as a clear example of where the EU can impact the lives of our citizens directly” says Michiel Rijsberman during the COTER seminar in Dubrovnik, Croatia, where he also handed over his advice to Croatian Minister for Regional Economy Gabrijela Zalac.

Flevoland province covered his call for the continuation of funding for local projects. 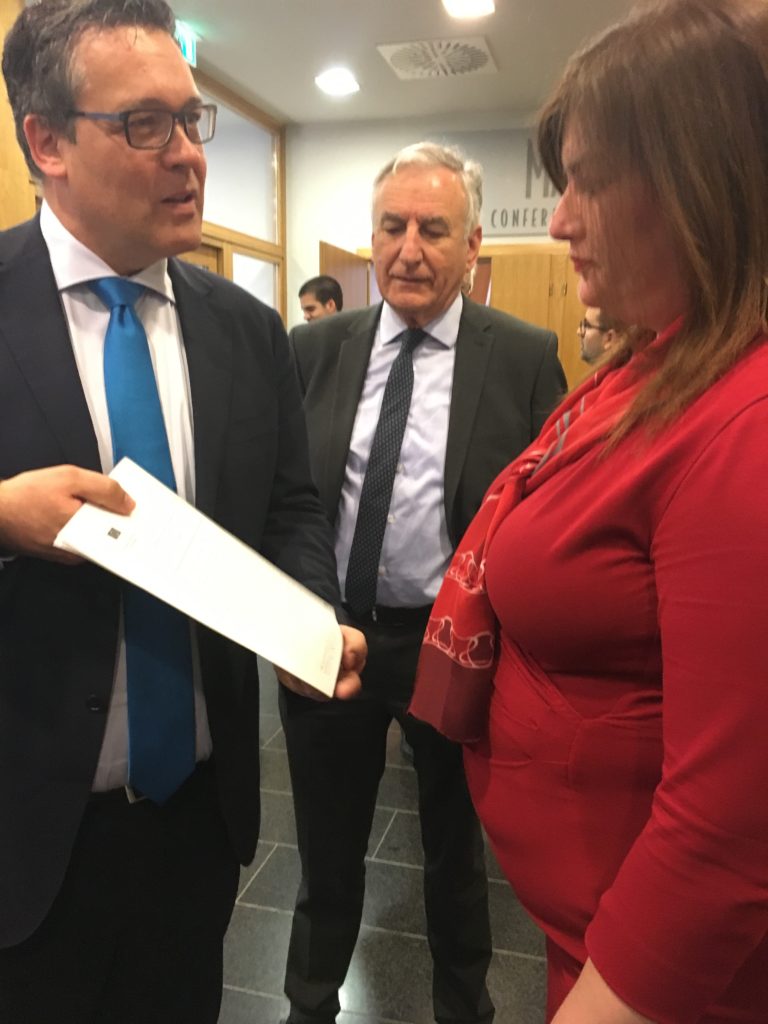 Michiel Rijsberman is encouraged by the European Parliament which is taking on board the priorities of the European Committee of the Regions for the European Regional Development Fund & Cohesion Funds such as demographic changes, energy poverty, urban mobility, healthcare. He is however also sad that the Parliament’s Committee on Regional Development missed an opportunity today to encourage further “greening” of ERDF and the Cohesion Fund. More should be done to enable regions to finance actions for climate adaptation

Rijsberman pointed out that if there isn’t a good agreement, a hard Brexit could cause the loss of 2,000 jobs in Urk, which means the total collapse of the village which depends on fisheries. “Two out of three portions of fish and chips in the UK come from Urk”. Read more in Panorama, Nu.nl and FlevoPost.

Euractiv France covers how regions are worried about the impact of Brexit on the Cohesion Funds, also interviewing Michiel Rijsberman.

The European Regional Development Fund (ERDF) – currently the most powerful single investment fund of the EU with around €200bn over 7 years – and the Cohesion Fund – reserved for countries whose Gross Domestic Product per capita is below the 90% of the EU average – must continue to focus on economic, social and territorial cohesion. In the opinion drafted by Michiel Rijsberman (NL/ALDE), Regional Minister of the Province of Flevoland, regions and cities demand revising the 46% cut proposed by the Commission for the Cohesion Fund, and to ensure a stable budget for the ERDF (+1%). “In order to better address the needs of our communities, the thematic concentration, focusing ERDF resources on selected political objectives, should not work on the national level, as proposed by the Commission, but at regional level“, highlighted Mr Rijsberman, explaining that: “A national thematic concentration would centralise the allocation mechanism and be against the place-based approach of cohesion policy.“

The Joint REGI-COTER meeting is an annual institutional discussion between members of the European Parliament and the European Committee of the Regions which focuses on how EU Cohesion policy responds to the Treaty goals of achieving economic, social and territorial cohesion. Considering the proposals of the new regulations post2020, the purpose of this year’s REGI-COTER meeting will be to discuss with Commissioner Corina Crețu on the architecture of cohesion policy (categories of regions and indicators); the new policy objectives and the framework conditions to achieve the established goals, as well as the contribution of Cohesion Policy to the European project and the daily lives of citizens. The joint meeting considered the draft report on the Proposal for a regulation of the European Parliament and of the Council on the European Regional Development Fund and Cohesion Fund.

Roundtable on the Digital skills in regions and cities: the negotiations of the next long-term EU budget are a unique opportunity to ensure that the EU funds and programmes potential for helping Europeans with acquiring digital skills is recognised. The European Social Fund+, the European Regional Development Fund, the Digital Europe Programme and the Erasmus willrepresent the most significant funding opportunities in 2021-2027 to bridge the digital skills gap. The objective of the Roundtable is to provide a forum for a discussion on what can be done to take advantage of the new MFF negotiations; what have we learnt in the past to allow us to benefit from best practices and learnings; and what’s at stake if we take no action

The European Parliament and local leaders seek to increase EU funding for climate change and social policy over the next decade. Our rapporteur Michiel Rijsberman: “The European Fund for Regional Development succeeded in creating jobs, improving the quality of life in our regions, increasing energy efficiency, stimulating innovation. It must continue to play its role without any centralisation towards Brussels or national governments, showing the impact of the EU in each and every European region and city” . More in the press release. 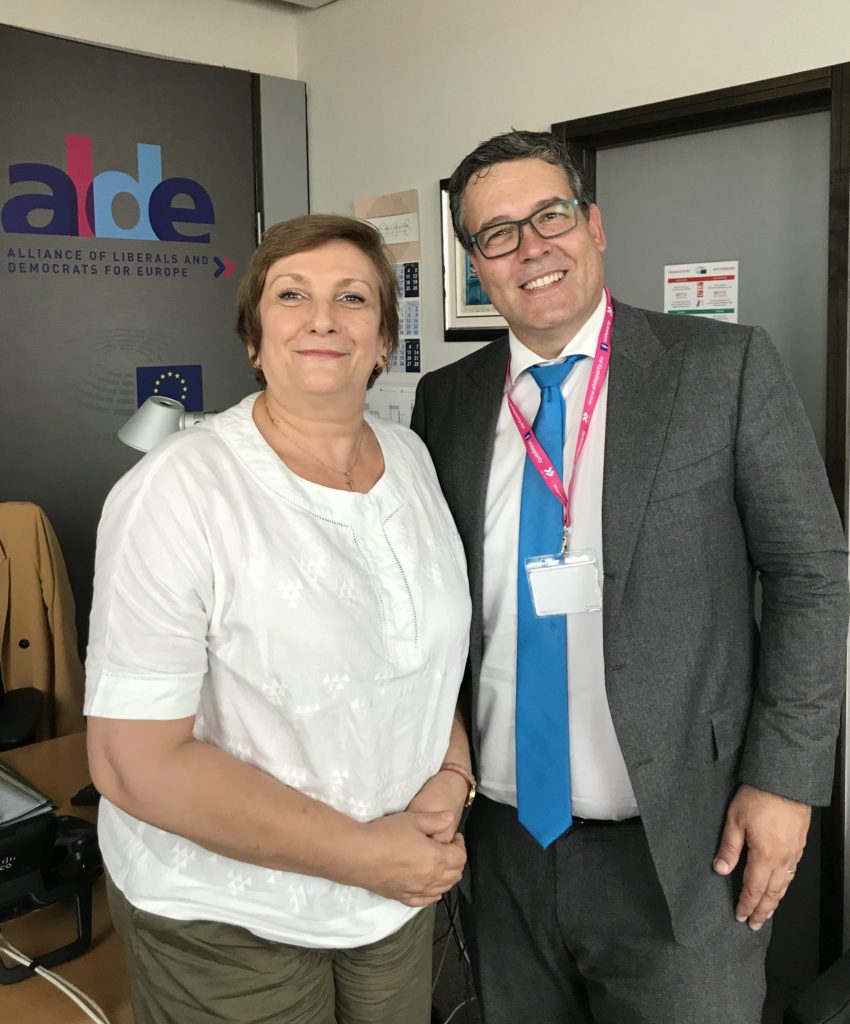 Rijsberman also spoke about his report and ideas with Iskra Mihaylova MEP, REGI President and the ALDE shadow rapporteur on the ERDF,

Michiel Rijsberman discussed his upcoming report with Andrea Cozzolino MEP (pictured below), the REGI vice-chair and rapporteur on the ERDF in the European Parliament, Ramon Luis Valcarcel-Siso MEP, the ERDF-shadow rapporteur as well as with Marion Finke of the cabinet of European Commissioner Cretu.

Rijsberman also spoke about his reports and ideas with Iskra Mihaylova MEP (pictured above), REGI President and the ALDE shadow rapporteur on the ERDF, as well as with Vanya Veras, the Secretary-General of Municipal Waste Europe. 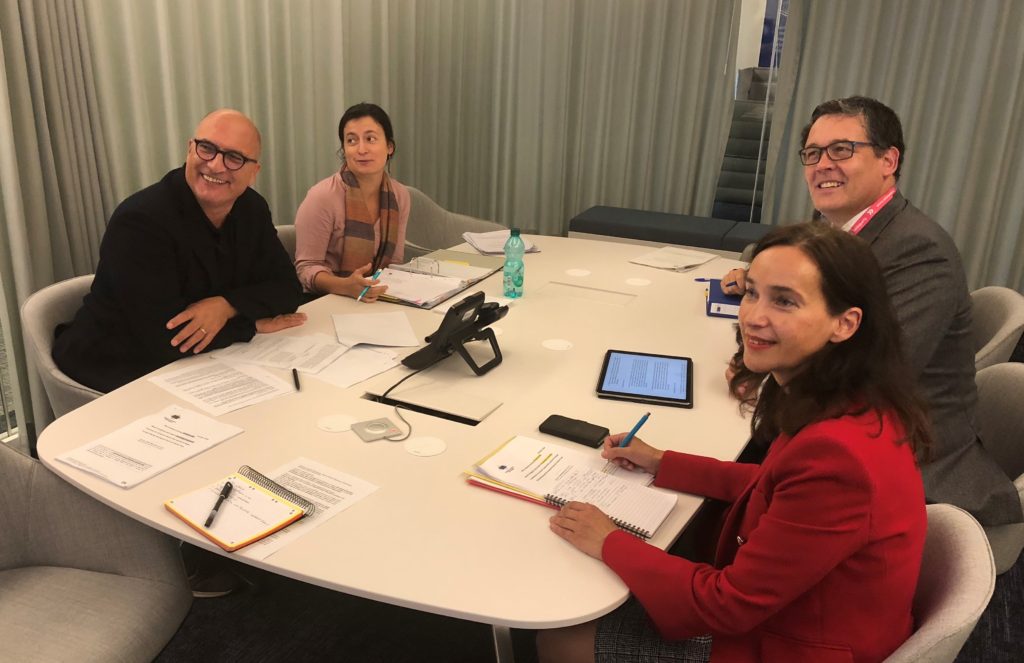 Dutch media cover the appointment of Michiel Rijsberman as rapporteur, for instance in FlevoPost and in Ter Apeler Courant.

.@rijsberman (@d66flevoland @D66Int) asks what will happen with #EUbudget post-#Brexit & conditions attached to European funds.
“We urge to maintain the budget for our policies, to concentrate on sustainability, innovation and less bureaucracy”: https://t.co/h6OMzAA6pT. @EU_CoR pic.twitter.com/O081IDZWhL