Almost a third of the total EU budget of 351,8 billion euro has been allocated for the cohesion policy over the period 2014 – 2020. To ensure the maximum impact of these investments, more effective and efficient use of Cohesion policy support should be ensured. A joint ALDE seminar in Klaipeda, Lithuania, offered input and concrete recommendations to the High Level Group for monitoring simplification for beneficiaries of European Structural and Investment Funds.

The joint seminar “Simplifying EU Cohesion Policy and Enhancing EU Macro-regional Strategies”,  held by the Alliance of Liberals and Democrats for Europe in the EU’s Committee of the Regions (CoR), jointly with the ALDE Working Group on Maximising Cohesion Policy Results in the European Parliament and the European Parliament’s Information Office in Lithuania, concluded that simplification should contribute to a better, more effective and simpler use of the Funds in order to make the greatest possible contribution to achieving the Treaty objective of Territorial Cohesion and making the EU more competitive. The panellists called for reducing administrative burdens in applying for and spending European structural investment funds and suggested that an immediate simplification of the current programming period should be envisaged through changes in implementation practices and non-legal requirements, better cooperation and more effective guidance.

The chair of the Committee on Regional Development in the European Parliament Mrs Iskra MIHAYLOVA MEP (BG / ALDE) said:

“Projects under the cohesion policy should be effective and efficient; you should have understandable rules that are simple and acceptable for the beneficiaries, which help the people to focus their effort on the effects, not on the process.”

“We need to reduce bureaucracies by allowing local and regional authorities to apply directly to the EU for funding. All funding from different sources should also be pooled together to simplify the application, and we should concentrate cohesion policy on fewer areas that support growth, jobs and environmental protection.”

At the end of the discussion ALDE-CoR’s member and Flevoland province representative Michiel Rijsberman (Netherlands/ D66) presented Mrs Iskra MIHAYLOVA with the final report of the workshops hosted jointly by the CoR and Dutch EU Presidency on the “Simplification of the implementation of Cohesion Policy” held on 27 January and 10 March 2016, which present concrete and technical proposals from experts on how cohesion policy can be simplified.

Bringing together local, regional, national and European liberal politicians, as well as experts, representatives of civil society, business, academia and media, this event gathered a wide scope of input from different stakeholders which enabled a structured dialogue and an exchange of opinions on the simplification of the cohesion policy. 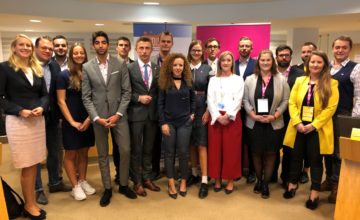 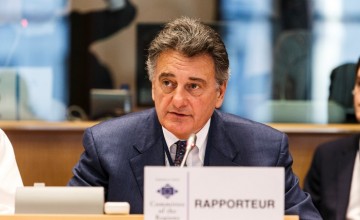 At your service: the service package 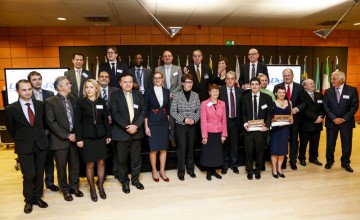