Putting local and regional authorities at the heart of EU law making would make EU legislation simpler and more flexible. That is the conclusion of an important report drafted by a high level group, including ALDE-CoR Vice-President François Decoster, set up to design a more efficient EU. “Local and regional authorities can provide a clear assessment of the impact of European laws if they have a greater say in EU policies, which would benefit EU citizens, increase efficiency and improve politics” says Decoster.

The Task Force on Subsidiarity, Proportionality and Doing Less More Efficiently presented their recommendations to European Commission President Jean-Claude Juncker on Tuesday, 10 July 2018. Their proposals suggest a new way of working for the EU: it would put local and regional governments at the heart of EU law-making by giving them a greater say in the preparation, adoption and implementation of EU policies, as this would benefit the citizens, increase EU efficiency and improve politics.

“The Task Force recognises that EU legislation must be more efficient and its added value made more visible by “upgrading” the involvement of local and regional authorities. Under these proposals, local and regional authorities would be able to provide legislators with a clear assessment of the impact of EU legislation on the ground, have more influence in reviewing existing legislation and developing new laws, and offer a simpler way to ensure flexibility in EU legislation reach. They would have an opportunity to develop their relations with national parliaments, working together to assess the impact of EU legislation and be involved in the design and delivery of economic reforms.”

The European Commission President, Jean-Claude Juncker, established the Task Force on Subsidiarity, Proportionality and Doing Less More Efficiently. It looked at three issues: (1) the role of local and regional authorities in policymaking and implementation of European Union policies; (2) the role of subsidiarity and proportionality in the work of the Union’s institutions and bodies; (3) whether responsibility for particular policies areas should be re-delegated to the Member States. The Task Force met seven times to discuss the three objectives. On the basis of these those discussions, a public hearing and the inputs provided from numerous stakeholders, the Task Force report presents nine recommendations with concrete implementation actions addressed to national Parliaments, national, regional and local authorities, the European Parliament, the Council, the European Committee of the Regions and the European Commission.

.@fdecoster urges for a more active subsidiarity, representing @EU_CoR in #Subsidiarity Task Force with recommendations for a more #EfficientEU, ahead of official handover of final report Task Force. pic.twitter.com/BXVQese5tn 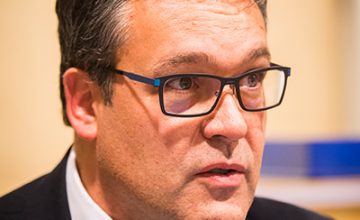 EU funds: It's not about the money! 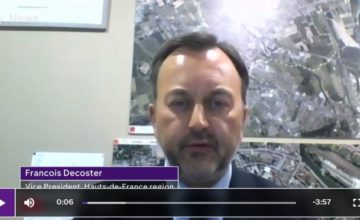