The ALDE Group in the European Committee of the Regions and Fianna Fáil focus on the impact Brexit would have on the Irish economy during a visit to Dublin and the border with Northern Ireland.

François Decoster, Vice-President of ALDE-CoR and Chair of the Brexit Inter-regional Group of the European Committee of the Regions and Cllr Kate Feeney, ALDE-CoR Deputy Coordinator for Economic Affairs and Deputy Chair of the Dún Laoghaire-Rathdown County Council, discussed with Fianna Fáil TDs and Senators the potential economic impact of Brexit from the regional perspective in Ireland and other EU27 Member States, during a visit to Dublin on 22 and 23 May.

Decoster highlighted the difficulty that regional authorities have when preparing for the different Brexit scenarios, giving the example of the port of Rotterdam which is hiring nearly 1000 new customs officers without knowing for certain whether they will be needed. In other cases, port authorities and airports cannot proceed to build infrastructure that might not be needed.

He explained how Cllr Kate Feeney proposed in March that a Brexit Stabilisation Fund be established at EU level to assist those regions that will be most impacted and for whom the consequences could not be avoided even when having prepared as much as they could. Cllr Feeney’s proposal was unanimously approved by the CoR in its May plenary.

The Fianna Fáil delegation was led by ALDE-Party Vice-President Timmy Dooley TD and included Senators Gerry Horkan and Lorraine Clifford-Lee, and Robert Troy TD and John Lahart TD, who explained that the potential economic impact for Ireland could be, in proportional terms, the equivalent of a loss of seven hundred thousand jobs in Germany, such is the scale of exposure for the Irish economy.

François Decoster was part of a CoR delegation invited by the Houses of the Oireachtas (the Irish Parliament) to discuss Brexit with the Joint Committee on EU Affairs, and which met bilaterally with EU Affairs Minister Helen McEntee. The delegation also visited Newry in Northern Ireland, meeting with the Northern Irish Local Government Association, and visited the border area, where – apart from the concerns for the peace process – businesses are bracing for a severe economic impact if border checks and tariffs are re-introduced. François Decoster said:

All EU 28 regions will be affected by Brexit, but Northern Ireland is in a truly unique & worrying situation. The EU was founded to guarantee peace, so preserving it in Northern Ireland must be a priority.

“Brexit will be bad, but worse without preparation by all levels of government. A #Brexit Stabilisation Fund as proposed by my colleague @KateFeeneyFF will be needed for impacted regions”, says our VP @fdecoster during @EU_CoR study visit to Irish Parliament @OireachtasNews pic.twitter.com/cDJMJ8nCde

Unanimous support in @EU_CoR for our proposal for a Brexit Stabilisation Fund for the most affected regions, first put forward by our @fiannafailparty member @KateFeeneyFF. We call on @EU_Commission to plan for such a fund in the various Brexit scenarios. https://t.co/vQLZpK8K0M
— ALDE-CoR (@ALDE_CoR) 19 May 2018 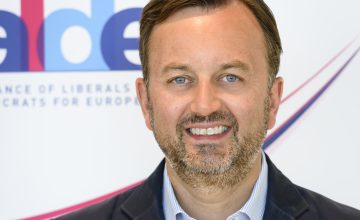 Liberals at EWRC: climate & forests, blockchain & trust, and cities of the future 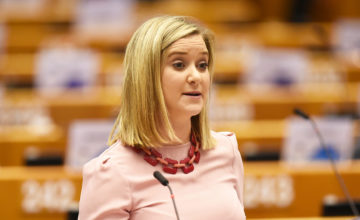