“We need to improve the protection of public spaces” says Jean-François Barnier, calling on the EU institutions to build resilience to terrorism.

Paris. Nice. Brussels. London. Manchester. Stockholm. Barcelona… There is a long list of cities hit by terrorist attacks in recent years – both in public and private locations accessible to the public, which resulted in hundreds of deaths across many European cities. “We need to improve the protection of public spaces to protect our citizens and critical infrastructures,” urges Jean-François Barnier, Mayor of Chambon-Feugerolles (France), to avoid new tragedies.

Local authorities need to be more aware of the vulnerability of public spaces.

The attacks perpetrated in recent years, which have greatly affected France and many European countries, show the need to strengthen and improve the protection of our public spaces.

It is our duty to protect our citizens and critical infrastructure by reinforcing the resilience to terrorism at European level. That is why I support a working group with representatives of local authorities who are at the forefront of prevention against attacks, to intensify cooperation and coordination between the practitioners (law enforcement professionals of the Member States and police services set up by the EU) and on the other hand the public space operators, who gather the operators or the private organizers of events.

Jean-François-Barnier also encourage the development and implementation of an EU soft target site assessment tool, which is currently being tested and the networking between national and local practitioners and policymakers through targeted financial support and the involvement of local stakeholders as well as the private sector.

“In order to anticipate, prevent, protect, handle and respond to prevail over terrorist threats, I call on EU institutions to build resilience to terrorism, both individual and collective, nationally and locally, as it is the EU’s explicit aim to offer its citizens an area of freedom, security and justice as set out in the treaties.”

A balance must be maintained between preserving individual and collective freedoms including protection of personal data, and the aim to maintain open societies and accessible public spaces on one hand, with the possible restriction of these freedoms in cases where this is necessary, lawful and appropriate to the circumstances, measured, reversible and limited in space and time on the other hand.

Barnier’s opinion also follows on his work during the EU Conference of Mayors which took place on 8 March 2018 in Brussels on the theme of Building urban defences against terrorism: lessons learned from recent attacks”. 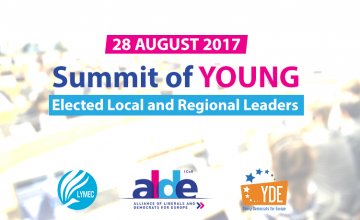 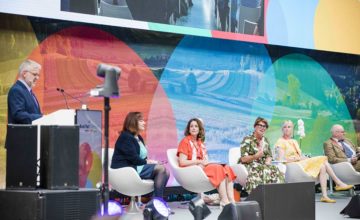 The decline of rural areas is an existential threat